What is sexual exploitation?

This is a type of sexual abuse where a young person or child is tricked or pressured by an adult or friends of a similar age, in to a sexual activity in return for something, this can be attention, love, food, shelter, cigarettes, drugs, alcohol, gifts or money.

It happens to boys and girls and can happen online as well. They may believe that this person is their friend or boyfriend or girlfriend, but they may be threatening and manipulating them without them realising.

How does sexual exploitation happen? 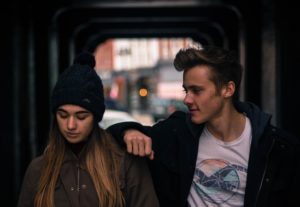 Being exploited can happen slowly, over a long period of time. The perpetrator may start to show the child or young person lots of interest and affection, making them feel really special.

The child or young person might get taken to parties and offered drugs and alcohol; they may be brought things like nice clothes, trainers and mobile phones.

Once the perpetrator has gained the trust and affection of the young person, things will change; they will start to ask for sexual favours for themselves or other people in return for the gifts, alcohol and drugs.

They will stop being nice and can start to become threatening and violent.

What are the warning signs of sexual exploitation?

If you’re worried that a child is being sexual exploited, there are signs you can look out for:

There can be a big age gap between victim and perpetrator, but it can also be peer-on-peer, it can happen to boys as well as girls and the perpetrator can be male or female.

Where can I get help and advice?

Do you need immediate help or have a real emergency? If so call 999. If it is not an emergency, you can contact your local Police at www.police.uk

If you are worried about yourself or someone you know being exploited there are some organisations that can help: