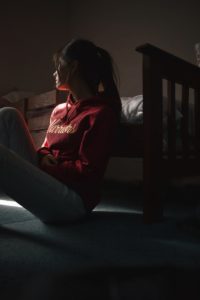 What is a Forced Marriage?

A forced marriage is where one or both people do not (or in cases of people with learning disabilities, cannot) consent to the marriage and pressure or abuse is used. It is an appalling and indefensible practice and is recognised in the UK as a form of violence against women and men, domestic/child abuse and a serious abuse of human rights.

The pressure put on people to marry against their will can be physical (including threats, actual physical violence and sexual violence) or emotional and psychological (for example, when someone is made to feel like they’re bringing shame on their family). Financial abuse (taking your wages or not giving you any money) can also be a factor.

The Forced Marriage Unit (FMU) is a joint Foreign and Commonwealth Office and Home Office unit was which set up in January 2005 to lead on the Government’s forced marriage policy, outreach and casework. It operates both inside the UK, where support is provided to any individual, and overseas, where consular assistance is provided to British nationals, including dual nationals.

The FMU operates a public helpline to provide advice and support to victims of forced marriage as well as to professionals dealing with cases. The assistance provided ranges from simple safety advice, through to aiding a victim to prevent their unwanted spouse moving to the UK (‘reluctant sponsor’ cases), and, in extreme circumstances, to rescues of victims held against their will overseas.

The FMU undertake an extensive outreach and training programme of around 100 events a year, targeting both professionals and potential victims. The FMU also carry out media campaigns, such as 2015’s ‘right to choose’ campaign, where the FMU commissioned a short film to raise awareness amongst young people at risk of being forced into marriage, as well as potential perpetrators.

The Anti-social Behaviour, Crime and Policing Act 2014 makes it a criminal offence to force someone to marry This includes: